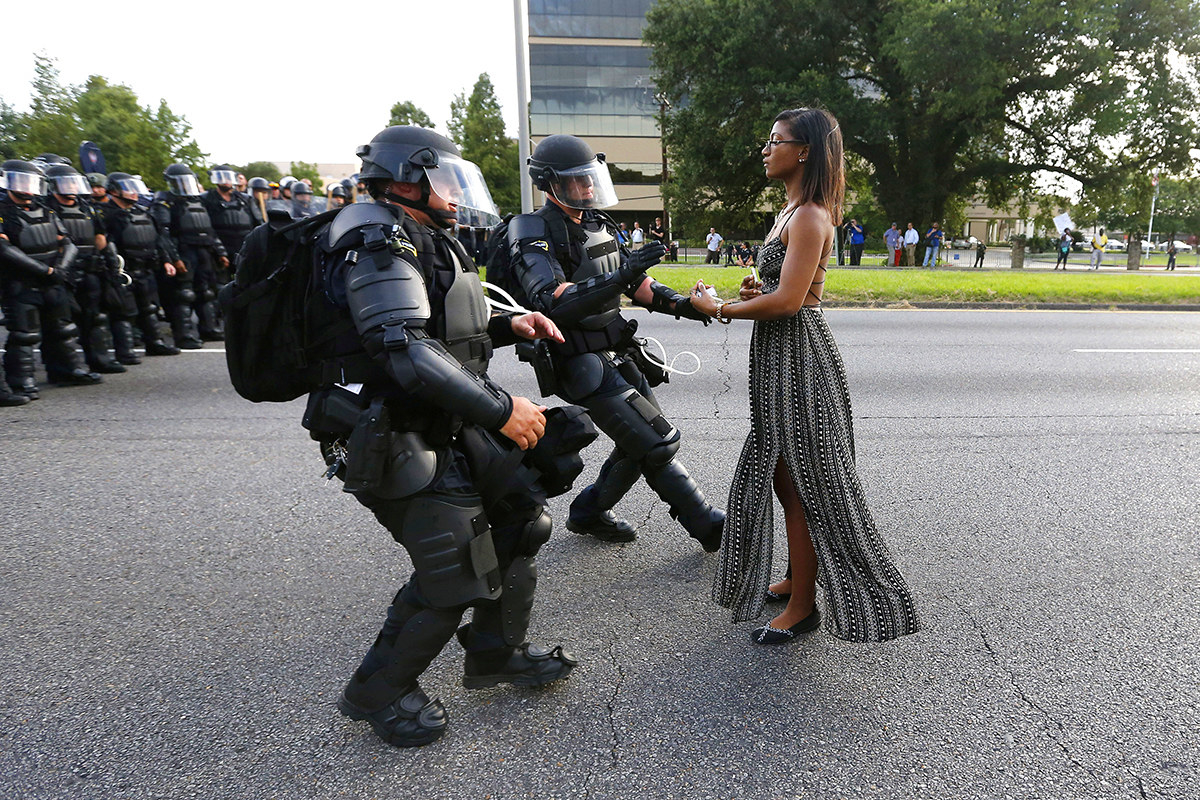 Ieshia Evans is detained by law enforcement as she protests the shooting death of Alton Sterling near the headquarters of the Baton Rouge Police Department in Louisiana, July 9. Jonathan Bachman / Reuters 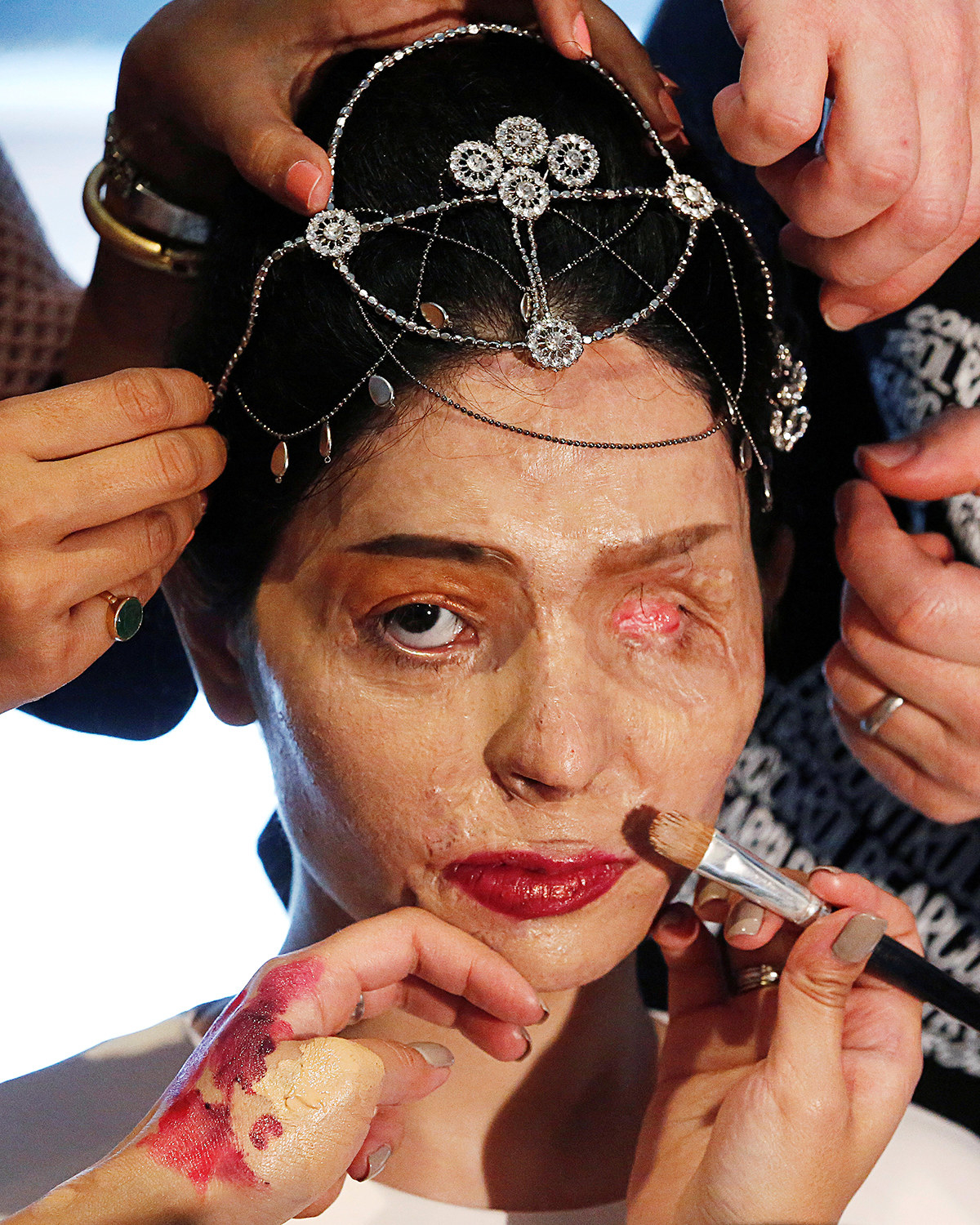 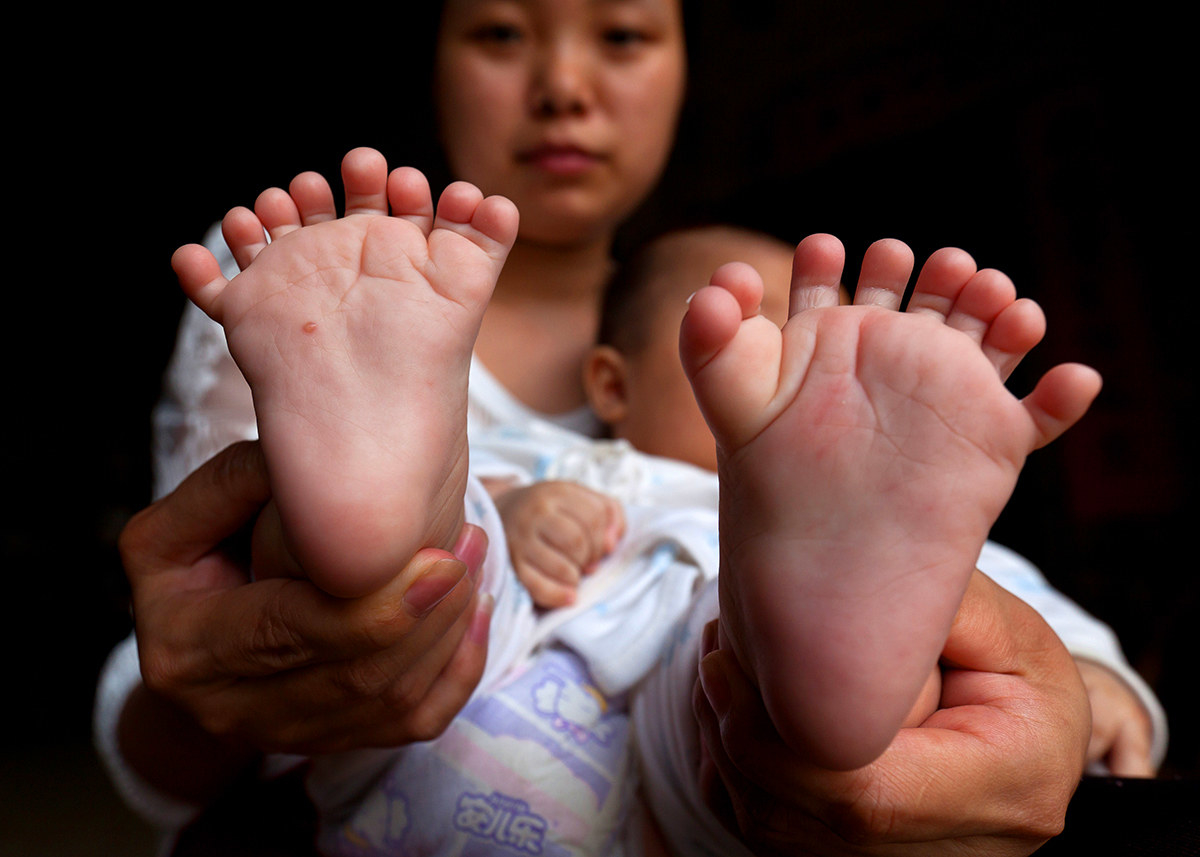 A mother shows her 3-month-old baby boy’s feet with 16 toes in Yueyang City, China, on May 1. The child, Hong Hong, also has two palms on each hand with 7 fingers on his right hand and 8 fingers on his left hand. A doctor at Hunan Province People’s Hospital told Hong’s father that his son should have surgery when he is between 6 months and 1 year old Vcg / Getty Images

Most Powerful Photos Of 2016